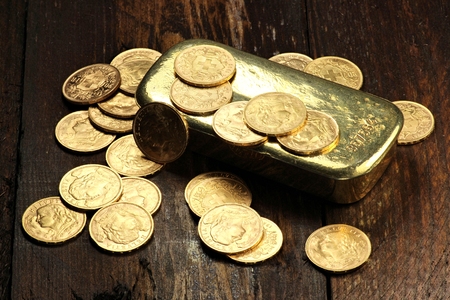 Gold and silver are often considered as a form of money and treated as a means for storing wealth.

This is something that has been the case for a very long time, going back to the era of ancient Egypt and beyond.

Today, the society that we live in might have changed but the way we regard and treat these metals have not. Despite the vast changes that have taken place in society over the years, gold and silver continue to be regarded largely as a means of financial storage above everything else.

They can prove to be very useful for people who want to ensure that they have a safe means for securing their wealth as well as a potential source of providence in the future if times get rough.

If and when times do get rough, these two metals are by far some of the most easiest in terms of liquidity, as they can be readily sold in the market. This is where one usually ends up with the dilemma of selling the gold or silver. There are a few ways that one can go about doing this. One can get the job done through pawn shops, jewelers and the banks, among other possible customers. There are however limitations when it comes to the actual sale. Much of this has to do with the kind of item that is being put up for sale. Not all pieces of gold or silver are the same. They come in a wide variety of shapes and sizes, ranging from jewelry to coins and more. Due to this, the number of prospects one can have when it comes to selling off the gold or silver can be very limited. This is when a pawn shop can come in handy.

As much as selling gold or silver to a pawn shop might be an easy thing, it isn’t exactly the case in real life. Much of it has to do with finding a suitable pawn shop that specializes in dealing with precious metals.

What usually happens is that the sale of the gold or silver takes place at a set market value, even if the metals happen to be far more valuable than the selling price. This is because most pawn shops don’t give sufficient attention to the kind or quality of the metal; only that which can be sold profitably can be purchased.

This however, can prove to be advantageous to a very large extent.

The fact is that the gold or silver which is purchased by pawn shops are often bought at rates that are a lot more than what is offered elsewhere, even after they calculate for their own profit margins. As a result, it is possible for one to make a lot more money than otherwise, should they find the right pawn shop dealer who will purchase the items. What this means for the owner of precious metals is that they will be getting a lot more money than otherwise when they sell their gold or silver to pawn shops, even after the shops have calculated their margins. For example, if in case one wants to sell coins at the highest price, it is possible to get a much higher rate at a pawn shop compared to anywhere else.

Therefore, one can find that selling gold or silver to a pawn shop can prove to be highly advantageous compared to doing it elsewhere. While there are certainly a few considerations and issues that should be taken into account, the fact are that with sufficient effort and work, it will pay off in the end, quite literally.